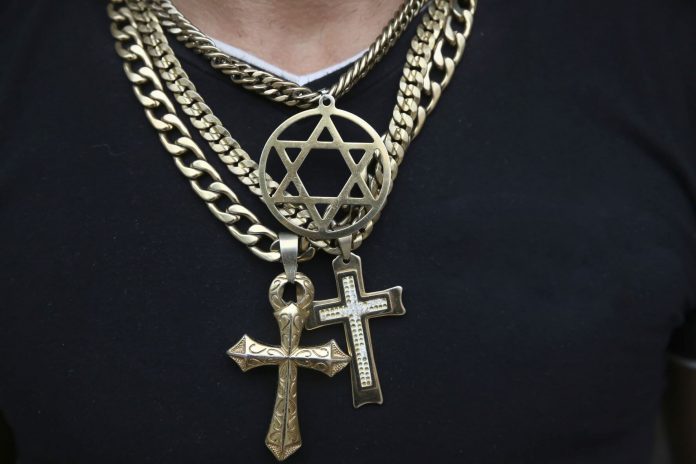 A lot of people wear jewellery as a way to enhance and complete their overall outfits. These personal ornaments come in many forms like bracelets, necklaces, and rings. They are typically made from precious metals and can be decorated with jewels and diamonds. Jewellery design also varies and people often choose specific pieces as a form of creative expression as well as to display their faith.

Many religions can be recognized by certain symbols, which people can use to show their beliefs. These symbols can also be integrated into jewellery design, providing options for individuals who want to show their religious affiliation or want a reminder of the philosophies that matter to them. If you are interested in wearing religious jewellery, here are some of the most popular designs.

While many pieces of religious jewellery are worn to display a person’s personal belief, some have functional purposes. In Islam, tasbih prayer beads are used to mark repetitions of prayers. Each string of beads has 99 beads to symbolize the 99 names of Allah and features a tassel at the end. There are also shorter types that only have 33 beads, each of which is counted three times during prayer. While some Muslims wear tasbih around their wrists, most people prefer to hold it in between their fingers when praying.

Alternatively, some Muslims use virtual prayer beads like the tasbih in the Muslim Pro app. This is very helpful for people who recently converted to the faith and may need assistance during prayers. Also, Muslim Pro provides an accurate prayer schedule to remind Muslims of their daily praying times. 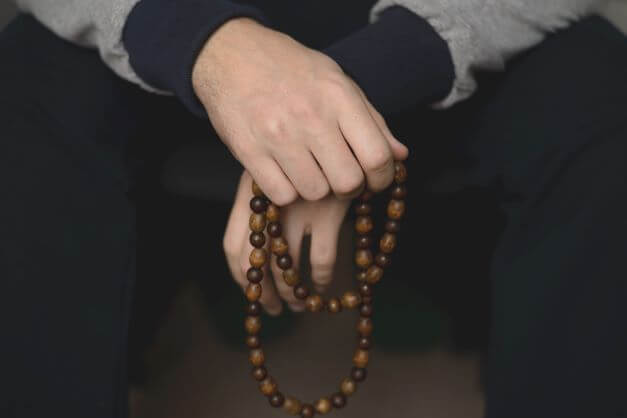 Many Muslims wear jewellery with Allah’s name to show their unwavering faith in God. Written in Arabic, the name is often etched on different kinds of jewellery. For Muslim women, they would wear pendants and bracelets featuring Allah’s name while men wear rings with a similar design. Sometimes, the Allah jewellery will also feature a crescent moon with a diamond representing a star—another notable symbol in Islam.

Another popular piece of religious jewellery is a Christian cross pendant. It represents the passion and sacrifice of Jesus Christ. With its simple shape, the cross is often used as the focal point in many jewellery designs. Commonly, the cross is worn as a pendant or a charm but it can also be featured in earrings, rings, and cufflinks.

The cross also comes in different variations as there are other denominations of the faith. For instance, Catholics may prefer to wear a crucifix—an image of Jesus Christ on the cross. The crucifix can be seen in numerous jewellery like pendants for necklaces and charms on bracelets. Apart from followers of the Catholic faith, priests and nuns may be seen wearing jewellery with a crucifix or cross. For those of Irish heritage, popular is the Celtic Cross.

In Buddhism, the most popular symbol is that of Buddha. Many followers wear a pendant or bracelet with the image of Buddha on it. Most of the time, you will see individuals wearing pieces that show the entire body of Buddha. This is a form of respect. Buddha is commonly depicted in a sitting position and in deep meditation.

Buddhists wear charms and pendants with Buddha’s image as a way to remind them to follow Buddha’s way of living. Often, these individuals want to emulate Buddha’s teachings on kindness, peace, compassion, and non-violence.

Apart from gold and other precious metals, Buddha charms can also come in gemstones such as jade and obsidian. Some wearers believe they can benefit from the energetic power of the natural crystals and gemstones as well as the engraved image of Buddha. 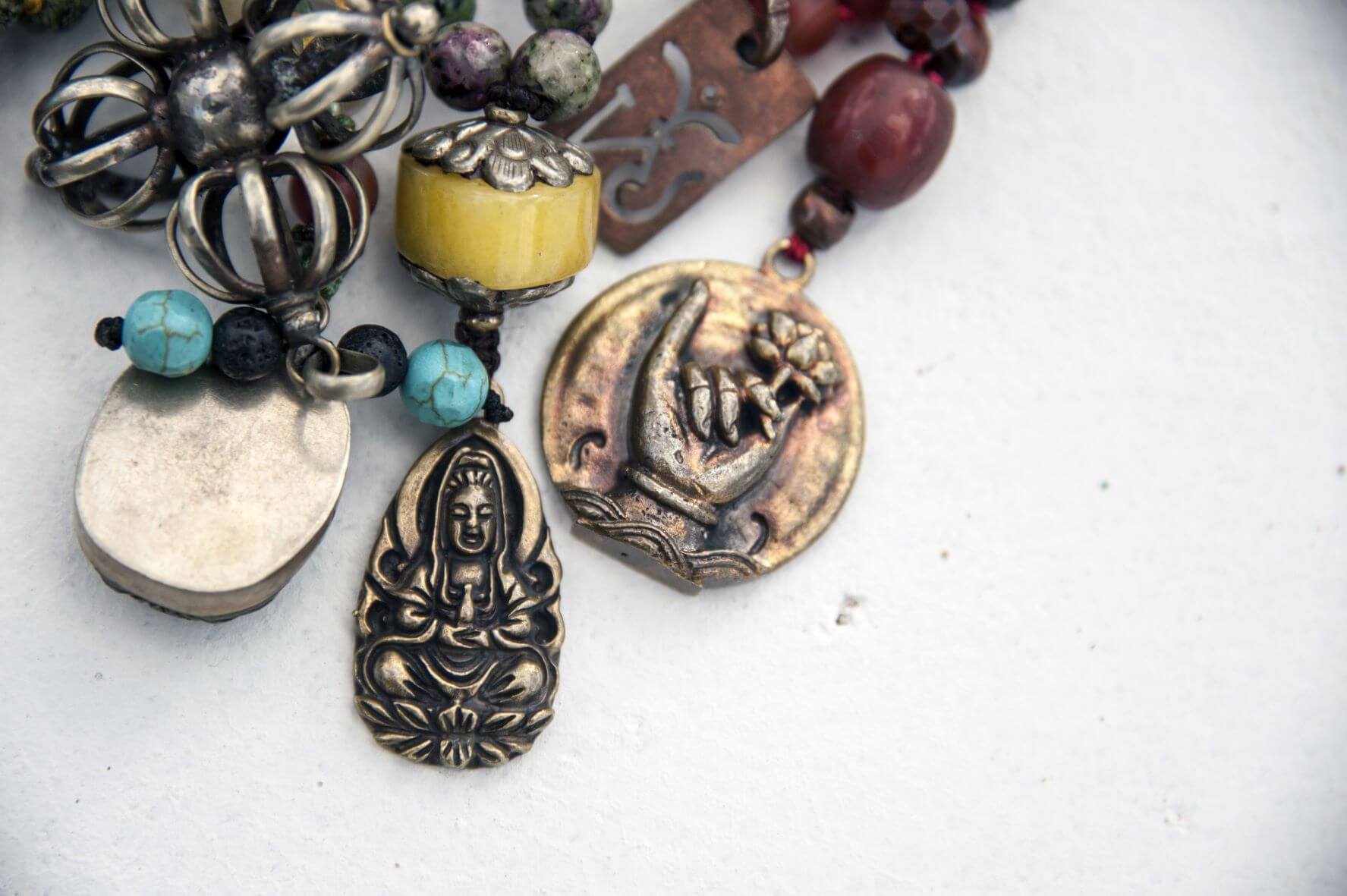 Another piece of jewellery that represents Buddhism is the lotus flower charm. It has an asymmetrical shape that makes the lotus flower an attractive piece whether you wear it as a bracelet or earrings. It also comes in different styles and can be made from various materials.

Essentially, the lotus symbolizes beauty, purity, and rebirth. It is also used as a reminder to be kind, compassionate, and loving even in times of challenges and difficulties. In the same way that the beautiful lotus flower can bloom in muddy water, this piece represents the opportunity for majestic transformations despite your sufferings.

The Star of David is best known as a symbol of Judaism. It is composed of two overlaying equilateral triangles to form a six-pointed star. The emblem can be seen in synagogues and Jewish tombstones. As jewellery, the Star of David commonly comes as a pendant on a necklace to display the wearer’s belief in the Jewish faith. Like many pieces of religious jewellery, the Star of David pendant can be worn by both Jewish men and women and often has a minimalist design. While there are more decorative ones that feature diamonds and colourful gemstones, the most popular style remains to be a small star pendant with a simple chain.

There are many types of religious jewellery available today. Aside from displaying a notable symbol of their religion, individuals wear a piece of religious jewellery as a form of meaningful connection to their faith. By knowing the symbols and the religion they represent, it gives you a better understanding of a person’s belief.