MDV is a UK streetwear clothing brand started by Reece Wabara, a former England U20 and Manchester City Footballer. In 2014 he got together with two friends who took the fashion world by storm.

Sounds all very Couture Club meteoric rise that is too good to be true, which of course it is. A very simple investigation shows the “two friends” are Benjamin Francis and Lewis Morgan; the guys behind Gymshark the UK fitness clothing brand.

But this wasn’t actually the case where a Fitness Brand contacted a footballer for promotion purposes and everything fell into place. Reece and Lewis are actually old friends and grew up together in Bromsgrove in Worcestershire.

It was Morgan who suggested his friend should start a brand as his sporting career gave him access to a lot of celebrity influencers like Anthony Joshua and Raheem Sterling (who was wearing a lot of streetwear brands like 304). It was a perfect match for a start-up brand to link influencers with all the operational know-how on how to drive it forward.

Indeed Lewis Morgan lists himself as co-founder on LinkedIn of both brands, and Reece Wabara’s Wikipedia page lists him as the owner of the Maniere De Voir Clothing brand.

And being a sportsman, Reece knew how good a smart comfortable a high quality tracksuit would be. And he natural desire to be the best meant he wanted to source only the best modern materials.

Interestingly, MDV clothing went down the same path as Couture on stockists, meaning you can only buy the brand on their website and not in other stores. This is a tactic that does not rely on retailer promotion and usually requires a high marketing budget but for a bigger reward.

The similarities between the two Manchester brands of Maniere de Voir and the Couture Club go beyond the set-up though. This is not surprising to me, as the very public “beef” between the two frontmen to me always smelled more like a PR stunt to garner attention to both brands. Reece was all too quick to call out the Couture Club‘s rumoured financial backing being the reason for their success, which certainly got people talking.

And it was not just MDV clothing and Couture who were publicly clashing, Ash White of Hera waded in too by publicly offering Reece to box him for charity. The irony being the Hera London self-proclaimed brand success was always rumoured to have been funded by family money buying up every influencer to ensure they wore his signature t-shirt to get the name out there. One of which was, of course, Ross Worswick of Couture.

Reece was also quick to call out Couture Club for copying one of their Iceland shoots in Wales. The irony being Scar Tissue had done the exact same location 2 years prior.

Sensing this was a PR stunt I did look quite deep around where they are based for a connection. But it does seem that both brands PR is run in-house and while both are Manchester-based, operationally they are not close.

What does Manière De Voir mean?

Maniere De Voir meaning is French for “way of seeing”, which I guess is meant to reference their designs. It’s pronounced man yer de vwah. The origination of use actually from the French newspaper, Le Monde Diplomatique. Director Claude Julien coined the phrase by saying “You have to discover a new way of seeing things, and undoubtedly also a new way of speaking”.

In fairness, the clothing brand excels at the new way of seeing things and certainly stand out in the marketplace. Sleek designs for both men and women. Arguably the brand is not just on-trend, but also leading the way with corset bodysuits and midi dress designs. With a full range of apparel and accessories, Maniere de Voir produce tracksuits, coats, jeans, bags, backpacks, hoodies, puffer jackets, raincoats, jumpers, and shirts.

Due to the French spelling, it is often shortened to MDV for ease.

What has brought success?

The clothing line aims for innovative design, with affordable prices, which is capturing attention in the retail market well. Reece wants to be the market leader for multi-gender fashion, and they are on their way to succeeding in that goal. There are not many brands like Maniere de Voir, who effortlessly combine sports luxe with style.

Reece can look to the success of fellow ex-pro footballer Marvin Morgan of Fresh Ego Kid, but MDV clothing is a serious player in the luxe streetwear market and are arguably the most fast-forward of the urban brands out there.

I’d say they excel at the small details, with key elements like high quality materials and timeless designs to wear forever. The bold style are sumptuously stylish which require confidence to pull off.

Not that we can all look as good as the models. Talking of which, who are the female models?

When they launched they used Ruby Mae, the Boss model is well known as the girlfriend of Dele Alli. More recently they have used Ming Savannah of Nemesis models who has been the face since 2017 (below) 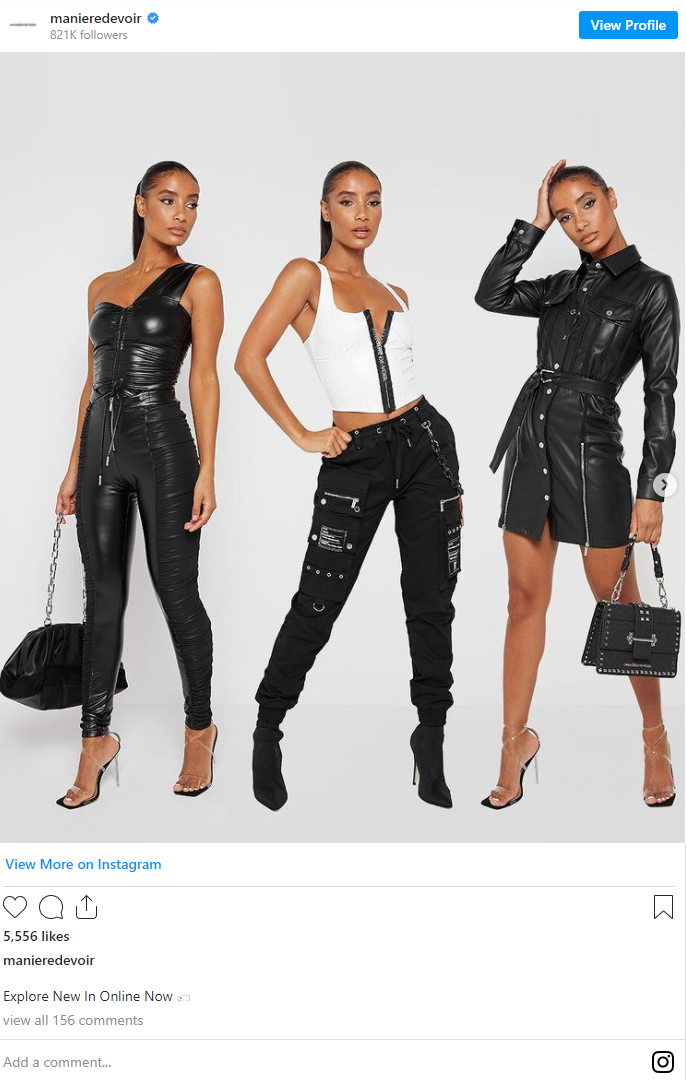 We’re hoping to get a lookbook for the SS22 season, and will update as soon as we have something to share. The early images of the new arrivals like the comic shirt suggest the SS22 collection will be stylish and on point.

Where can you buy Maniere De Voir?

Currently there are no stores in the UK or beyond and you can only buy direct from the online retail shop.

Yes, not only are they a legit good brand with praise for their designs and quality, but MDV are arguably the most popular and successful streetwear brand out there right now. They are certainly a cut above Sik Silk in style and trend setting.

There are plenty of Maniere de Voir reviews available from happy customers. There is some criticism, but if you turn over large volumes of orders a small percentage will always have delivery issues. Comments around the clothes are usually better to gauge how popular a brand is, and the praise for the good quality clothing is all you need to know. They also have a great customer service team on hand to deal with issues.

Few points of notes though, for the fit size some styles can run small and recent feedback complain of having to pay for returns even for exchanges.

What might look more concerning at first glance is other feedback channels have mostly very low reviews. As an eCommerce company you usually only sign up to one platform, and use that to send customers reviews to complete after their order is received. This increase response rate means their Trustpilot review are more likely be genuine customers who made a purchase.

Will there be a Black Friday Sale?

MDV clothing has had some very successful Black Friday sales in the past and it will happen again this year. I would get in early to avoid disappointment as this is their busiest sales period and it’s likely to sell out quickly.

The brand has a Black Friday Sale Preview page up which seems to suggest which styles will be reduced. But their active social media page will be the best place to be alerted of the great bargains to be had. You can find MDV on Instagram @manieredevoir

Usually available is a working Maniere de Voir discount code, worth checking before you buy, especially around Black Friday.

Yes, but at the luxury end of the Fast Fashion scale, bringing affordable style to the high street.

While some might say Maniere devoir are bridging the gap between fast and high fashion, key elements including origin, design inspiration, manufacturing methods, materials, target demographic and price point put them firmly in the former. But arguably they are better defined as contemporary fashion.

Who is Reece Wabara?

Prior to starting the Maniere De Voir clothing brand, founder Reece was an English footballer of Nigerian descent (his Grandfather was Nigerian International Lawrence Wabara. The MDV owner started his career at Manchester City’s academy. While there he played on Loan for Ipswich, Oldham, Blackpool and Doncaster. After being released by Manchester City, he signed for Doncaster Rovers permanently, and also had short term deals for Barnsley, Wigan and Bolton.

While on loan at Oldham, Reece Wabara scored the winning goal as Oldham beat Liverpool 3-2 in the FA Cup in 2013.

Reece is the nephew of ex-Liverpool and Rangers footballer Mark Walters, and heavyweight boxer Pele Reid.

He founded the MDV clothing label in 2014 while still playing for Doncaster. Highly regarded as a footballer, it’s possible that his desire and focus shifted to the fashion industry and he lost his passion for the sport.

Who is Reece Wabara?
Reece is a former footballer, once on the books of Manchester City, who started the Maneire De Voir clothing brand while playing in the lower leagues for Doncaster, Barnsley, Wigan and Bolton before deciding to focus on his fashion brand full time.
How is Manière De Voir pronounced? 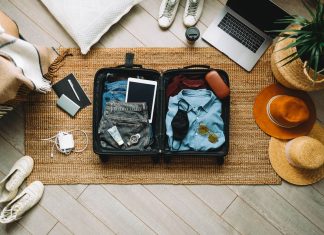