Everyone should visit Italy at least once in their lifetime. Not only is the country rich in culture, art, and history, it offers a diverse range of incredible towns and cities.

Here are our top Italian locations that everyone should visit.

Known as ‘The Floating City’, Venice is a timeless classic. It can get extremely busy though, so if you want that perfect Instagram shot, head out at sunrise. This is when a lot of Venetians go out to enjoy their city away from the hordes of tourists.

The city is home to incredible examples of Gothic and Byzantine architecture and is especially known for its unique waterways that function as roads. A trip on a gondola is a must, as is a visit to St Mark’s Square, which is lined with cafes.

The Rialto Bridge is the oldest bridge across the Grand Canal. A stunning example of the Renaissance style, the Rialto is also a shopper’s paradise, packed with stores selling Venetian glass, jewellery, local crafts, and other souvenirs.

There are lots of gems in the Italian capital, but perhaps the best known is the Colosseum, which is located right in the heart of the city.

Be vigilant though, as pick-pockets are often rife in busy tourist hotspots, such as the area around the Colosseum, and it’s easy to lose valuables to opportunist thieves. Make sure you’ve got insurance for your holiday to give you peace of mind. This doesn’t make the colosseum any less awe-inspiring though and seeing it up close while in Rome is definitely a must.

This spectacular town overlooking the Bay of Naples and Mount Vesuvius is captivatingly beautiful.

Sorrento is famous for its striking cliffs, sweeping crystal blue sea vistas, and historic narrow alleyways with Roman and Greek architecture. The centre of the town, the Piazza Tasso, is a hub of activity, with picturesque cafes and stalls selling everything from wooden crafts to lacework to ceramics.

Sorrento is also the perfect location to visit other sites of interest around the region. It’s merely a ferry trip away from some of the peninsula’s idyllic islands, such as Capri, and is within easy travelling distance of the metropolitan city of Naples, which is a haven for shopping and designer boutiques.

While in the area, it’s also worthwhile arranging a day trip to Pompeii, which can be reached from Sorrento by train. This famous archaeological site was once a thriving Roman city until AD 79 when it was destroyed by Mount Vesuvius erupting. The incredibly preserved ruins are now a popular tourist attraction and give an incredible insight into Roman life.

The home of the famous Leaning Tower, Pisa is a must-see for all visitors to Italy. Built over the 12th and 14th centuries, this iconic bell tower is part of a cathedral complex called the Campo dei Miracoli, meaning ‘Field of Miracles’. The tower consists of 207 columns and has a tilt of over 3 degrees.

But there is more to Pisa than just its iconic tower; the city is home to one of Europe’s oldest universities and is rich in historical architecture and culture. If you’re interested in art and history, make sure you visit the Museo di San Matteo, Museo dell’Opera, and Museo delle Sinopie.

Tuscany’s capital is an art-lover’s dream. Home to some of the Renaissance period’s most revered masterpieces and architecture, Florence has such an effect on visitors that there is even a psychological condition induced by its overwhelming art. Stendhal syndrome is a phenomenon which sees visitors to Florence’s galleries so overwhelmed at the art that they experience symptoms such as rapid heart rate and clammy hands.

Perhaps one of Florence’s most iconic symbols is Michelangelo’s David. This marble Renaissance statue, sculpted between 1501 and 1504, stands at over 5 meters and can be viewed in the Galleria dell’Academia. Florence is home to numerous museums and art galleries, including the Uffizi Gallery which houses Botticelli’s The Birth of Venus.

Italy is so packed with places of historical and cultural interest, it can be difficult to decide where to visit. Our top locations are certainly among the places that everyone should see in their lifetime. 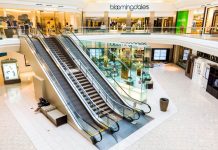 Fun shops to visit on holiday in the USA

Cool Places To Get Married In London