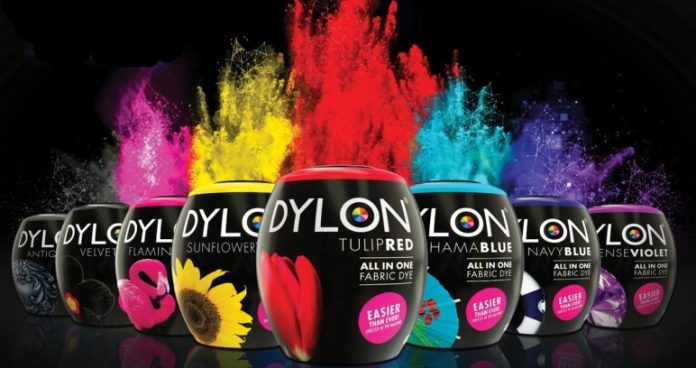 DYLON Dyes, the UK’s no. 1 fabric dyeing brand, announces that it will be launching its ‘Re-Dye Don’t Re-Buy’ initiative this Autumn/Winter to further the company’s mission to help the textile industry lower its carbon emissions.

The campaign is in response to a new academic report commissioned by DYLON Dyes that looks into the environmental impact of consumers buying new clothes versus re-dyeing existing garments. British consumers are notorious for their fast fashion consumption and buy more clothes per person compared to countries in Europe. In fact, 66% of respondents admitted to buying the same or more garments than they were two years ago. However, 1 in 3 (34%) are now consciously buying less clothes and have cited environmental impact as one of their key reasons.

On its mission to become fashion enablers, ‘Dylon’s Re-Dye Don’t Re-Buy’ initiative will inspire consumers to make old clothes look brand new and colourful again, with a fresh fashion-led creative. Video content will be launched on social platforms including Facebook, Instagram and Youtube, along with simple but effective how-to guides released. This will be complemented by user generated content from revered fashion influencers who dominate these platforms; also the release of the brand’s first fashion capsule collection, to name just a few.

Rebecca Bland, Senior Brand Manager at DYLON Dyes, comments: “We are thrilled to be supporting efforts in the fashion industry to build a more sustainable future. The Re-Dye Don’t Re-Buy goal is to help educate consumers on how easy it is to revive and recycle garments whilst significantly helping the environment and saving consumers money”.

The report showed that every pair of jeans that are re-dyed instead of re-bought, saves up to 20kg CO2 per pair – the equivalent to driving 71 miles in a petrol-fuelled car! If just 10% of the 26 million adults in the UK aged between 20-50 years old decided to re-dye an existing pair of jeans, rather than buy a new pair, the potential saving in carbon dioxide output in only one year would equal 49 million kgs. This is the same as a staggering 15,500 round-trip flights from London to Hong Kong!

Ms Bland continues; “Currently 300K tonnes of UK household textile waste goes to landfill or for incineration each year, but much of it could be recycled. We’re hoping that our initiative will urge people to first dig into their wardrobes to see how they can revolutionise their wardrobes and transform their existing clothes with DYLON Dyes Machine Pods before making new purchases.”

The full report can be found here.