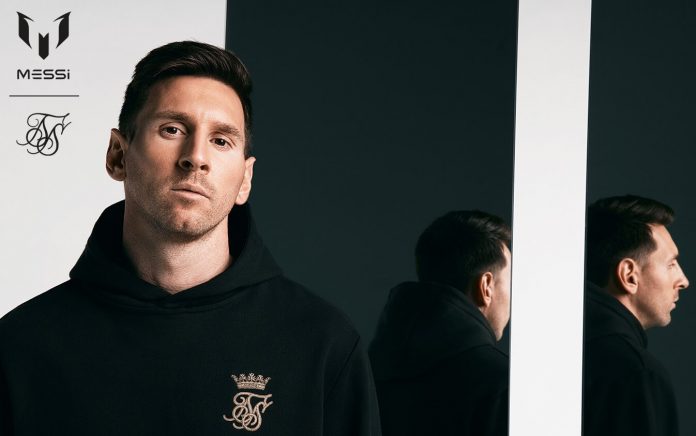 In early November UK streetwear brand Sik Silk dropped their Messi x Sik Silk collection, firming up their reputation as the best urban brand with a collaboration with arguably the greatest footballer of his generation Lionel Messi.

Back in SS19, Sik Silk launched the first of four seasons of a collab with Barcelona FC’s Dani Alves, which ensured their garments were a firm Spanish football dressing room favourite. This brought them to Leo Messi’s attention, which opened up an avenue to discuss the possibility of a fashion collab with the Messi Brand.

This not not a recent development, it’s actually been over 3 years in the making and involved trips to Argentina to meet his family and where Messi grew up and played football as kid. Design was mutually worked on, with Messi’s sister Maria Sol heavily involved.

It’s a great coup for the fashion label, with Messi included in Time magazines 100 most influential people in the world and usually endorsing Adidas. When Messi moved to PSG in the summer, 150k club shirts with his name were sold in just seven minutes.

The collection is live and already selling fast with a range of t-shirts, chains, skinny jeans, tracksuits, polo shirts, hoodies, slippers, hoodies, wallets, hats., baseball jerseys, polo shirts, jumpers, bags and joggers. They’ve not held back here and released just a few t-shirts, and I think it will be highly successful as the black and gold styles looks great.

Separating them from the standard Sik Sik fare is Messi’s name on the taping, and a crown on the embroidered logo which gives a similarity to rivals Gym King. The collection has a premium feel, and does come up a higher price point.

But it looks good quality and should have mass appeal. It’s not clear if the collection will go in the Sik Silk Black Friday sale, and early sales will dictate this I expect. If it flies off the shelves they will likely keep it out.

Who is Leo Messi?

Lionel Andrés Messi is considered one of the best players in the world and of his generation, with only Cristiano Ronaldo even up for healthy debate as a rival. Leo Messi was born and raised in Argentina, but relocated to Spain at age 13 to join Barcelona.

Until this summer had spent his entire career in Spain with the Catalan Club setting records that will not be surpassed including: