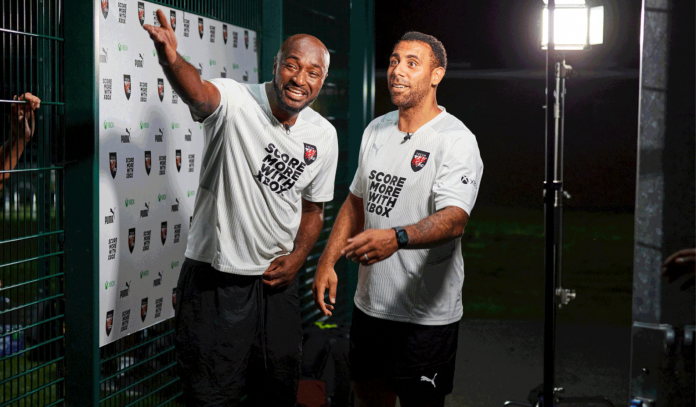 The entrepreneur is better known outside football circles thanks to his clothing brand Fresh Ego Kid which ensured a close friendship with stars such as Romelu Lukaku and Dele Alli. Among the many top-flight footballers to pay tribute included Declan Rice, Ashley Young, James Maddison, Yannick Bolasie, Charlie Austin, Pierre-Emerick Aubameyang, Harry Maguire, and many more.

Morgan will also be remembered for his work with Fresh Ego FC, which aimed to raise awareness of mental health and racism in football. He also arranged a match to raise money for victims of the Grenfell Tower fire on Friday 16th June 2017. Included in the line-up were Ravel Morrison (at Lazio at the time), Jamal Lowe, Anthony Grant, Harlee Dean, Junior Osborne, Dean Mason, Jamal Lewis, Kyran Wiltshire, and Anthony Cook.

It’s the second death in recent weeks to rock the streetwear scene after Off-White founder Virgil Abloh passed away. Morgan’s loss will be felt in the football and UK streetwear world’s deeply and the outpouring of grief is genuine. Marvin had a presence that lit up every room and the kindest soul proved by his donations and efforts for Grenfell residents.

The cause of death has not been confirmed, with his partner Jerri Fletcher only able to announce he was on a work trip to a factory. Marvin suffered from cavernoma, clusters of abnormal blood vessels which can cause health complications.

He revealed the condition in 2018 after collapsing while football training, caused by a seizure from cavernoma haemorrhaging. The announced his retirement and that he would be on medication for the rest of his life.

Our thoughts are with Jerri, Marvin’s friends and family at this time, and we are personally devastated of the loss of a great man and genuine human being. In a industry full of snakes and ego’s, Marv was one of the good guys. 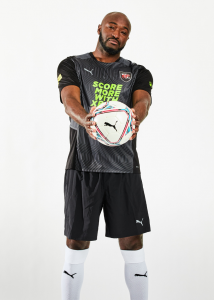 Marvin Morgan was born in Manchester 13th April 1983, and grew up in Watford. From Jamaican decent,

In total he played 408 games and scored 102 goals, and the highest level he played at was League One with Shrewsbury in 2012-13 where he scored 7 goals.

Morgan started his streetwear clothing brand Fresh Ego Kid in 2010 while playing for Aldershot in League Two, and with his football connections gained commercial success thanks to top Premier League players like Dele Alli wearing his snapback hats on their social media.

Marvin founded Fresh Ego FC to raise awareness in local schools and youth football of racism, social inequities and mental health. Leveraging his friendships with professional footballers they were able to have constructive conversations particularly in the black community.

Marvin lived in Hertfordshire with his partner Jerri Fletcher and their seven year old son.
He died 6th December 2021, aged 38. His legacy will live forever, and his absence felt for an eternity.
Advertisement