In the UK, Stone Island is associated by many with its 80’s popularity on the football terraces much like Weekend Offender. It may surprise those people that the fashion brand originated in Italy.

Constant evolution is what drives Stone Island clothing, which in turn, makes it a perfect brand to uphold the values of high-end, luxury sportswear for men.

Established not so long ago in 1982, Stone Island is not a part of the great Italian fashion heritage helmed by the likes of Gucci, Prada, et all. They don’t need to be though, as they have created their very own league of luxury Italian fashion – a league that is shaping the present and the future of what is perceived to be Italian in fashion.

The intricate nature of the craftsmanship, the finesse, and dedication remain evidently Italian, however, which partially explains its popularity among the sporty men and others. Stone Island jackets are famed for their standout fabric compass logo.

The brand is globally known for its fashionable take on simple outfits like a hoodie, a polo t-shirt or a crossbody bag, but more importantly, how they are made. Recent linkups with Drake, and a fashion collab with streetwear brand Supreme have increased the brand’s exposure.

Experimenting with different linens and fabrics, Stone Island always pushes the perception of a material to the limits. More often than not, it finds something really nice for chic nomads to flaunt outdoors.

Early Years of Stone Island: The Spirit Lies in History

Stone Island, at its inception, wasn’t a full-scale brand in itself. Rather, it was founded in 1982 by designer Massimo Osti to supplement his main endeavour – the C.P. Company. This understudy role, in contrast, created a strong base for the brand that made it as global as it is today.

Right from its inception, the brand started to research heavily about the dying techniques and surface treatments. Over the years, it resulted in the introduction of Thermosensitive fabric, Rubber Wool, Reflective fabric, and many others.

This nature of experimentation and use of innovative techniques is visibly symbolised in the brand’s logo which consists of two buttons stitched into its compass-designed logo. The logo has changed a little bit over the years, with a ‘White Badge’ now mostly accompanies the clothes made out of fabrics developed in-house.

Who is Streetwear pioneer Massimo Osti?

The famed fashion designer was born in Italy in 1944 and started as a graphic designer and worked in advertising. It was in 1970 that his break in the fashion industry started with designing a t-shirt collection with placed prints, which would label become a staple of t-shirt design.

The innovative designer pioneered new techniques like the four colour process and silkscreen printing. With an industry that cries out for eye-catching designs, his initial T-Shirt collection had great success as a standout alternative to the plain white t-shirt.

This lead to the inception of the CP Company in 1971, initially called Chester Perry, but due to a lawsuit from Chester Barrie and Fred Perry, two English clothing brands, Osti had to rebrand).

In the 1980’s, Osti’s continued experiments with how different materials laid in the same dye bath lead to two-tone effects which revolutionised fashion. Continued trialling with new fabric ideas led to stone washing a polyester blend for a tough-wearing two-tone fabric, which he launched Stone Island with.

Made from this modern Tella Stella fabric that involved being pumiced and washed with stones to soften the rigid fabric. The first collection of just 7 jacket styles sold out in 10 days.

Stone Island become the launchpad for such unique fabrics as Raso Gommato, Thermosensitive fabric, Rubber Wool, Reflective fabric and colour-changing based on temperature. The use of rubber coating for example makes the fabric waterproof, which is partly why the brand is famed for their coats and jackets.

So influential was Massimo Osti, that his experiments with brushed combed wool, that the same technique is still used in modern-day processes.

The Style of Stone Island Sportswear

The current Spring 2021 collection from the revered fashion house is dominated by items such as a knit hoodie, normal hoodie, polo t-shirt, footwear, Bermuda shorts, printed t-shirts, shirts, sweatshirts, etc. There is also a whole collection of swim shorts

The accessories usually include a logo cap, backpack, cross-body bag, wallet, etc. No matter what you choose though, you are sure to be served with a unique take on sportswear that was not seen anywhere else. The dyeing technique and surface treatments would make sure of it.

All in all, if you want something simple yet experimental, ordinary yet striking, practical yet fashionable, Stone Island is where you would find your fashion home. Unlike many others, their tops and tees are mainly dyed in solid colours without a big logo printed over them.

It gives them a simplistic look, but the colour shades and the wash make it pretty unique nonetheless. The detailing is done with a concentration on practicalities, while the luxury comes from the establishment of new standards and boundaries.

Every brand needs a good logo to create an identity and recognition. The famed classic logo is a yellow four-point compass, the brand name in green on a black wool patch.

There are other variants, including the millennial celebration white logo on a black badge, a monochrome version, the all-black shadow project version, and the 30 years anniversary Edition.

How to tell if your Stone Island is fake
All wash labels carry an article number, based on the year of production and style. The buttons are branded, but now all new items carry the 12-digit Certilogo code which can validate the item is genuine here or by scanning the QR code for validation of authenticity.
Is Stone Island worth the price?
Stone Island is pricey there is no denying it, but it’s not fast fashion that will be destined for the rubbish dumps. High-quality clothes do last a lifetime and that’s what you pay for. These are amazing quality, unique and technical pieces worthy of any wardrobe.
Is Stone Island associated with football hooligans?

This is one of the biggest injustices in the fashion industry that taints the brand. Similar to Burberry, Stone Island is associated in the UK to both 80’s historic football hooligans and to chavs. The brand can’t help being adopted by people who wanted quality clothes on the football terraces, and it’s testimony to the brand that their jackets were so warm and waterproof with great designs and face covers which were perfect for standing out in the cold. And it was a good identifier without wearing team colours to avoid police detection.

Burberry worked hard to shake off their previous image, but unfortunately, it’s harder to shake with the popularity of soccer casual subculture films like the Football Factory, Cass, Green Street, The Firm, ID, Rise of the Footsoldier, and even movies like the Business.

The brand deserves better, and I hope it does manage to get the recognition it deserves. 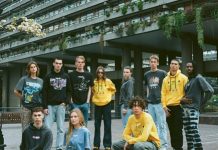 The Impact of COVID-19 on Garment Workers: Dismissals, Unpaid Wages and Union-Busting 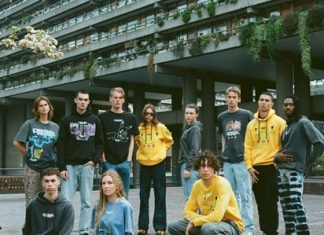 Cool Posters As a Way to Embellish Your Walls

How to build an Industrial Clothes Rack for your House

Chloé Safilo - 3rd February 2019 0
- Advertisement -
Advertisement
ABOUT US
Fast Fashion News for the Fashionista and followers of fashion. Your one-stop shop for the latest Urbanwear and streetwear news. Menswear, Womenswear, New Brands, New drops, fashion trends, what is Passé or Modishness, our reporters know it all.

If you have some news to share or want to write for us, drop us an email.
Contact us: info@fastfashionnews.co.uk
FOLLOW US
© Copyright 2015 -Fast Fashion News
MORE STORIES

Cool Posters As a Way to Embellish Your Walls