This week saw the hottest and most stylish celebrities take to the red carpet at the Met Gala, famous for showcasing eccentric styles, but who has been at the forefront of fashion this year?

Streetwear brand, Criminal Damage, has analysed Google search data to reveal the male celebrities who have been inspiring with their fashion choices in 2021 and interestingly, only one person from the top list made it to the exclusive Met Gala last night.

Music stars dominate the list, with superstar Harry Styles securing first place after having made some serious waves in the fashion world with his bold and statement looks, and A$AP Rocky, who sported a colourful ensemble at this year’s Met Gala takes fourth place.

Monty Aytan, Executive at Criminal Damage, says “Musicians, specifically rappers, have become the face of streetwear that we know today as many are not afraid to be bold with prints and graphics. It’s therefore no surprise that so many of us are looking to stars such as these for our own style inspiration.”

He’s certainly caught the eye of many in the past few years, and whilst Harry was not at this year’s Met Gala, his creative and feminine looks have certainly stolen the spotlight in the past.

So much so that a huge 310,791 people have searched for Harry’s stylish looks this year alone. Putting the former One Direction star top of the fashionista’s.

Simple yet sophisticated has proven popular, with Beckham’s style accruing over 85,000 searches this year to date.

Often credited for his style, wife Victoria Beckham is a style icon in her own right, with her own fashion label. 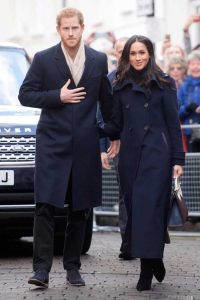 A somewhat surprising entry from Prince Harry shows that classic looks never go out of style.

And though we’re all a fan of a man in a suit, Prince Harry’s recent change in lifestyle, and therefore attire, may be the driving factor for such a high volume of searches.

In the public eye after his move to the USA with wife Megan Markle, the prince has a strained relationship with the Royal family after a tell-all TV appearance.

With various high fashion and high street collaborations under his belt, including everyone from Dior to Vans, A$AP’s style appeals to many.

A$AP wore a colourful quilt by the young designer, Eli Russell Linnetz, at the Met Gala. His choice of outfit certainly showcased his boldness and creativity.

Standing out on stage is not difficult for the American rapper who commands attention in his performances.

This K-pop superstar is known for his ability to layer clothes impeccably and his unique style makes bold prints appear easy to wear.

For those who are unsure how to incorporate bolder prints into their everyday looks, Kai’s style is a great place to start, with his ease of turning everyday streetwear into high fashion-inspired looks.

The South Korean singer, model, actor, dancer. and general superstar is a a member of the boy group Exo, and supergroup SuperM.

The acting star can often be seen in neutral colours and loves to add headwear to his looks, with staple black sunglasses and a flat cap for a more mature look.

Time will tell if his retired from the lead role in James Bond will see his place in the charts in the future.

Regardless of lighting up our screens with his smouldering, there is no doubting his fashion influence.

Making moves in the fashion industry, Travi$ Scott, comes in at seventh place.

Whilst his signature style is more subdued than some of the other rappers within the list, Scott is very much a streetwear style icon in his own right, often experimenting with prints, baggy graphic tees, open plaid shirts, and the freshest footwear.

Scott started his fashion collabs with Nike in 2019 to bring out a Cactus Jack Air Jordan 1’s.

That went up a level in June this year, when Scott announced a collaboration between Dior and Cactus Jack for the 2022 Summer Men’s collection.

No stranger to a tailored suit, Gosling is known for his fitted black-tie looks across the red-carpet, however, outside of award ceremonies, his style captures ‘smart-casual’, with fitted jeans or black trousers, brown or black shoes and a casual shirt.

With over 16,000 searches for the actor’s fashion looks, this simple style is a hit with many.

The actor came to public attention in his performance as the lead in the 2004 film The Notebook, making buffalo plaid a must-have fashion style at the time. And his star turn in La La Land cemented his icon status.

The Californian rapper is known for his bright and bold looks, often pairing unusual colours and making them work.

No stranger to headwear either, Tyler the Creator loves to wear statement hats, from flat caps and beanies to aviators and bucket hats.

You’d wouldn’t think that someone named after his myspace page would be cool, but with his preppy style he turns heads.

Being an avid skateboarder, there would always be close links to the streetwear scene.

One of the biggest red-carpet icons, Pitt loves a pair of aviator glasses, sticking well and truly to his ‘Hollywood star’ roots, whether dressed up or down.

His polished style has remained consistent throughout the years, yet clearly remains a favourite with many.

Pitt has been a major screen actor and heart throb for decades, with his love life major news. So it’s no surprise to see him on the list.

Whose style from the top ten do you resonate with the most?

For further inspiration on some of the hottest streetwear trends right now, head to https://www.criminaldamage.co.uk/.

5 stylish ways to dress in layers this winter

The Best Plus-Size Clothing Brands You Should Shop Now

5 stylish ways to dress in layers this winter

The Best Plus-Size Clothing Brands You Should Shop Now