With growing popularity many are asking the important question, are Electric Scooters legal in the UK? The answer is no, it’s currently against the law to ride an e-scooter on a public road or pavement. They have no indicators, number plates, and do not have visible lights.

So personal electric scooters are still considered illegal and should not be used on roads, bicycle lanes or pavements. This is mostly down to not being adequately covered by the Highways Act which was altered to cover mobility scooter use on pavements. They are treated as motor vehicles so are subject to MOT, Licensing, Tax and Insurance.

Electric scooters – essentially kick-scooters that have a low-power motor – are classified as Personal Light Electric Vehicles (PLEVs). Unlike E-Bikes which have pedals, electric scooters are not allowed to use cycle lanes which seems the most logical place for them, as pavement users may not be aware of riders coming behind them and walking in front of them. Mobility scooters have much slower maximum speeds, so do not carry the same risk concerns.

It is widely expected that they will be made legal, hence why they are widely available in big retailers and predicted to see high sales at Christmas.

What are the consequences of riding an Electric Scooter in the UK?

If it’s part of an authorised rental scheme then as long as you are wearing a helmet, hold a license and are driving sensibly in the allowed areas then you would be okay. If you are riding a privately owned scooter on non-private land, then the police have the ability to give an on-the-spot penalty of £300 and six points on your driving licence. So it’s vital to keep up to date on knowing if Electric Scooters legal

It is widely reported that most fines and scooter seizures this year have been due to irresponsible driving rather than simply riding an electric scooter on the roads or pavements. In fact, UK Police would be using Section 59 of the Police Reform Act to warn or confiscate e-scooters. This applies to vehicles being used in a manner which causes alarm, distress or annoyance.

While we would not condone it, it does seem police are relaxed when driven sensibly and we predict changes to the law for personal scooters once it’s clear where they are safest. We would encourage any would-be buyer to check the latest guidelines and electric scooter guides before purchase.

Not yet either. Back in June the UK Government announced that rental electric scooters will be legal on the roads in the UK as the pressure on public transport is reduced due to the COVID-19 pandemic. But these are just trials and not actually running yet.

The pandemic has forced the government to speed up implementation of its original plans, first announced in March, which would allow e-scooters to be deployed initially in four future transport zones, including the North East of England, the West Midlands, the East Midlands and the South East. The e-scooter test is expected to start in 2021 and will increase the number of e-scooters on the roads in more areas to encourage people to use the alternative to public transport.

The vehicles which are banned on UK public roads are restricted to just 15km / h and in city centres, and drivers are advised to wear a helmet. Drivers must be at least 16 years old and have a valid driving licence, driving licence and licence or number plate.

Transport Minister Rachel Maclean believed at the time that this was a step towards improving travel by improving the quality of life of people in the UK and the environment in general and creating a sustainable and greener way of travelling.

Many activists have opposed the idea of the trial because the vehicles could pose a stumbling risk and pose a major danger to vulnerable pedestrians. However, there is no evidence that individuals would be inclined to buy their own e-scooter and use it on public roads. Deborah Farley Persaud, who is registered blind, told the BBC she was particularly concerned about drivers flouting the rules by blocking the pavement.

She raised concerns about the increased safety of drivers at a time when I do not feel it is safe to keep a social distance outside of a coronavirus pandemic. She also insisted clear rules and regulations should be introduced to prevent scooter riders from using the pavement where they could encounter blind people or small children who may accidentally get in the way.

Voi, which is looking for licences in British cities, says its e-scooters offer a clean alternative to short car journeys and allow people to avoid public transport. The Swedish company wants to bring these vehicles to the UK and estimates they could bring 90,000 electric scooters to cities by the end of the year.

The Department for Transport said: “The leasing scheme will involve leading UK and international companies and industries working with local authorities to plan the use of e-scooters in the UK and the development of a range of other services.”

Are Electric Scooters legal in the USA?

Only in some US States are E-scooters legal, including California, Georgia, Michigan, and Washington.

In Michigan, Electric Scooters are deemed to have the same as pedestrians. But the Californian rules are clear that Riders must: 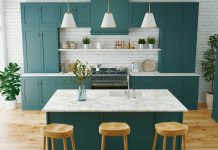 9 Factors to Consider When Designing Your Kitchen 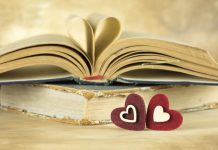 Finding The Right Gift For The Eco-Warrior In Your Life: A Guide