Instagram influencer/Fashion Model has never been easier to put on the resume. But there is a step up from social media to lifestyle fashion shoots. To become a streetwear model still requires work, but we can tell you how some big names made it in their respective paths. Obviously living close to Fashion hotbeds like Manchester or London will be an advantage as it will enable you to get to fashion shoots easier.

The gap between a traditional fashion model and their streetwear counterparts closed as urban clothing giants Boohoo and Missguided jumped on the Love Island bandwagon to take advantage of their social media following. The male tattooed model look has gone mainstream, no longer an alternative look.

What is streetwear modelling?

It seems there are PR Company influenced brands that are considered streetwear, and also clothing brands that have originated from the streets. We are focused on what we consider proper UK urban brands that came from humble beginnings and not created with huge backing to exploit demand like Footasylum’s in-house brand Kings Will Dream.

We aren’t even talking about the big streetwear brands like Stussy and Supreme born from the Californian surf and skate culture. We are talking about your British urban brands for real people. And that’s what opens up the door for the non-signed person to become a streetwear model.

This is not modelling for the runway, and these are not models who you will know from Vogue or London Fashion Week. But these are the stars of the streetwear fashion scene who are often strong Instagram influencers in the UK market for 18-30 year-olds.

Getting signed to a modelling agency is key here to become a streetwear model. To get started you need a professional portfolio and agencies offer a free consultation service. A dedicated Streetwear Model agency will be the quickest route to success as they will likely have urban clothing brands who contact them.

Former football James was recovering from an injury when Elite models signed him up. Not just modelling for big brands, his @whoiselijah instagram account has amassed 2.4 million followers.

In the streetwear scene, Stephen is best known for Sik Silk, but he modelled for Judas Sinned before that which arguably heavily influenced the tattoed model look associated with the UK urban scene. There is no denying that Stephen James blazed the trail for male streetwear models and social influencers.

The man, the legend. The Sheffield based model was once working in the warehouse at Footaslyum, before signing to a management agency. While under the new faces section, Scar Tissue took him to their AW17 shoot in Wales and he stole the show kick-starting his demand for the must-have streetwear model.

The Kent-based model is a former surveyor and started with ASOS. His heavy tattoo’s and toned body led to becoming the face of 11 Degrees after Gaz Beadle left.

Clothing brands love a social influencer, and simply tagging them in your images can get their attention. But of course, you need to have followers, take great pictures and look good. And then maybe you can follow in the footsteps of the following who made the leap from Instagram to streetwear model:

Similar to Hutchy, this was a tag on Instagram for Fresh Ego Kid, which lead to an invitation to a photo shoot. But it was the 2016 series 4 of Ex on the Beach which catapulted his career. Currently, Chet Sket is dominating the streetwear scene with his brand Faded.

Hailing from Milton Keynes, in 2016 Hutchy was at Hideout Festival and tagged himself in a pair of Sinners shorts on Instagram. They approached him to do some official shots, and not long after he did the AW16 product and lifestyle shots for Scar Tissue Clothing. Hutchie then went on to start his own brand U&I.

Okay, so this route is not quite so easy. But no one had heard of Geordie Shore or Ex on the Beach when these next two models applied to go on the shows that were yet to air.

Gaz starred in UK reality series Geordie Shore from 2011 to 2017 and also owned a streetwear clothing shop in his hometown of Newcastle. His fame led to him co-launching the brand 11 Degrees. After leaving the brand, Gary now spends his time with his adorable family. 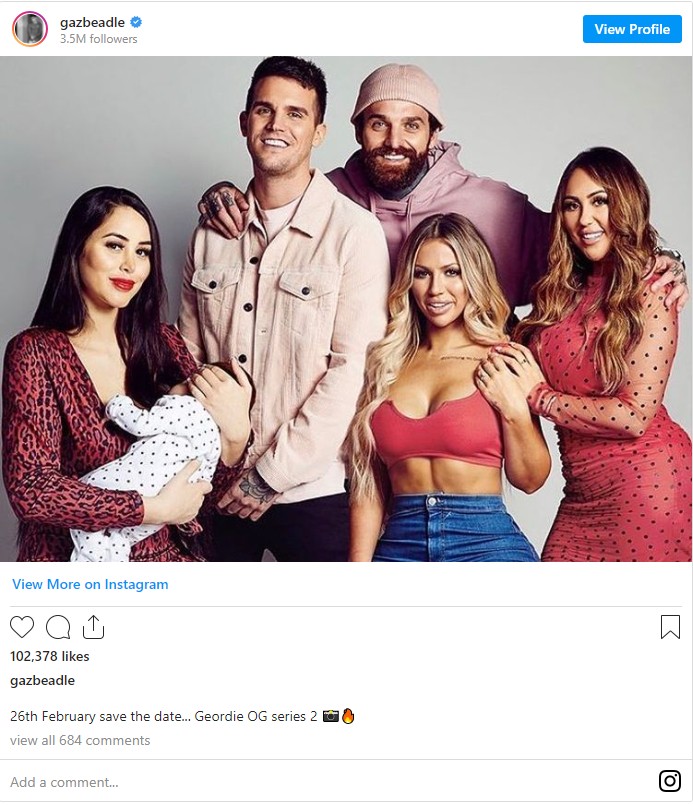 The former race car driver came to our attention in 2014 on Ex on the Beach wearing his Couture Club shorts in many shots, walking out of the sea in slow motion.

Now you know how the main men in the streetwear clothing industry made it. This can give you an idea of what to do to become a streetwear model. If you want to follow in their footsteps, then here’s our suggestion on how to become an Instagram model which is the easiest route.

You don’t need a fancy camera, a decent smartphone will do the trick. Wear the brand you want to model for or at least one of the big names. This is important to see how the urban style of clothes fit on you. A lot of styles are slim fit, so will hug your body. Study the model poses and replicate. Vary the backgrounds and the more urban the better.

Think about your target brands and make sure you have enough range of shots in swimwear, hoodies, T-shirts, joggers, and vests. Have shots in gym locations, plus external street shots in urban areas.

Only once you have a good online portfolio on your Instagram should you be contacting any clothing brands. They will take you more seriously if you have a decent following, but it’s not essential. How you look is also important.

Here’s a secret for you. The big brands will get constant messages from wanna-be streetwear models. So you need to stand out and make sure you don’t get into the spam folder. If you notice from the case from both Hutchie and Chet, they tagged the brand in and got contacted. So this approach might work better to become a streetwear model rather than harassing every urban brand in hope.

And know your limits too, Sik Silk won’t be interested but tagging them might alert other brands who are monitoring their social media. This could be your big break to become a Streetwear model.