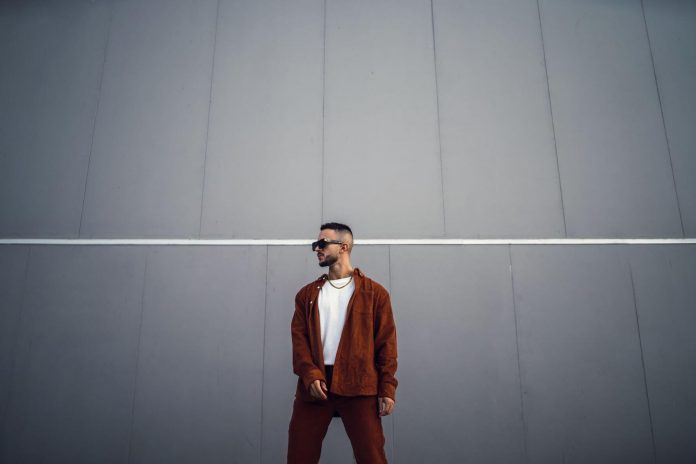 If we are defining streetwear as casual clothing worn by urban youth subcultures, and only recognising its global growth since the 1990’s then in the UK it has to start with Criminal Damage. We’ve also included Gym Shark for parity as although not streetwear per se, they are heavily influential on developing athleisure wear into fashion.

The dates are approximate, as the only source of this is the brands themselves and when the companies went limited (usually the point they were turning enough revenue to warrant the change or in some cases prior to the success). And I once worked with a brand who said they were established in 1984 as that was the year he was born himself, so I can’t take that literally.

But the progression and evolution of the streetwear scene was impressive, heavily influenced by the USA, Japan and France.

2014 was the golden age of UK streetwear, joining a bedroom brand wave started by Sik Silk, which opened up new designs and fresh takes on t-shirts and tracksuits. This was fast fashion reinvented; quick turnaround on production to deliver in-demands designs, with small repeat orders on successful designs.

This year spawned Hera who redefined men’s jeans, Couture Club and MDV who both moved streetwear into contemporary fashion, while 11 Degrees and Gym King put the humble tracksuit into pride of place in the capsule wardrobe.

It was black Friday 2016 though that is the true defining point of the genre. With every brand recording huge sales at the peak of streetwear popularity.

Many copycats were inspired which resulted in a saturation of the marketplace, but few stayed the course like our list of the best streetwear brands in the UK.

Fashion trends are rarely unique and much like samples of songs, are often inspired from previous years. While the younger generation may not realise the origins, often hot fashion styles were once worn by parents and grandparents, and could even still be lurking in the wardrobes.

The editor told me to start with the ’80s with the introduction of MTV and pop culture starting to influence fashion. And in his words “the internet changed shopping habits forever in the ’90’s. Before then kids were street urchins with dirty faces and not fashionista’s.” And he should know, he’s a Gen-X

But of course, clothing has been around since Denisovans lived in caves millions of years ago, and I’d imagine the first fashion move was to club a sabre tooth tiger to death to look more attractive to the ladies by wearing the skin of a more dangerous animal. Indeed, fashion is based around people wanting to look good, show off wealth and attract a mate.

Over the following ages, clothing was exclusive to the rich while paupers fashioned their own rags to wear. History is told by literature and art, and we know the Romans and Greeks wore tunics, and that fashion took an upturn in Victorian times with fashion magazines around showing how the stylish were dressing. Assuming these were delivered by boat, the UK would be one of the first to get them from Paris, which the was fashion hub of the times.

Indeed, the Godfather of Haute Couture is Englishman Charles Frederick Worth, who created the House of Worth in 1858 and was the first recorded to sew a label in his garments. This was taken to new levels over the following millennia with designers like Christian Dior launching his first collection in 1947.

I feel I’ve missed a lot out here, movie and music stars have always influenced fashion in the 20th Century. But this is specifically focusing on streetwear which only went global in the 90’s and is defined by being fashionable, casual clothing worn by urban youth culture. And this accelerated at the tail end of the 20th century due to increased disposable wealth and the internet to empower the independent entrepreneur and instant worldwide marketing.

So without further ado, here is a guide to the history of streetwear in the UK.

Over to the Editor on this one for the POV of a kid at the time.

Back in early 1982 UK children had 3 TV channels and played out on the street until it got dark in hand-me-downs from their older siblings. If you were lucky, the sibling was the same-sex. My favourite was a Nike Air Jordan jumper my brother left an iron on the back, so I had to wear it with a jacket.

Back then Nike, Reebok, Adidas, Umbro, Converse, Lacoste, and Gucci, Levi, Wrangler, Tommy Hilfiger were huge. Donnie and Mark Wahlberg in New Kids on the Block’s danced in their high-tops and Adidas shell suit tracksuits. And of course Marty McFly wore Calvin Kleins in Back to the Future.

Music influences fashion, we all know that. 70’s Punk showed us nonconformity and that anyone could have a clothing brand. Rap and Hip-Hip taught us we could remix and sample anything and still be unique.

MTV launched in 1981 showing music video’s on repeat to the cool kids and their friends but it didn’t arrive to the UK until via SKY TV in 1989.  So until then, it was actually the 70’s punk era that probably best defined the alternative scene. With Whitney, Madonna, Boy George, Tiffany and Cyndi Lauper pushing the colourful fashion associated with the decade from the music world.

I grew up a stone’s throw from Camden Town in London, there it was all ripped jeans and leather jackets, which Bros adopted in the late 80’s. And of course thanks to Terminator and Top Gun, Raybans were the sunglasses of choice.

“If you can really brand it as such, streetwear was colourful synthetic fabrics, baggy t-shirts, lycra, baseball jackets and double denim. The decade was great fun, but terrible for fashion.”

Again over, to the Editor.

In my mind ’90s fashion was more minimalist than the colourful 80’s, although Fresh Prince of Bel-Air suggests otherwise. Camden Town and subsequently me drifted into the Gangster rap and Nirvana, Blur and Oasis influence with Jeans, T-shirts, hoodies and trainers. Sky TV were taking over the football and brands like Criminal Damage were coming in.

The game-changer was the introduction of the internet. Yes, it was dial-up and horrendously slow by modern standards. And, you got cut off as soon as someone rang the house phone. But it opened up the world. I was having conversions with people internationally on social networking platforms like bolt.com which was before Facebook.

Suddenly, surf culture from the USA was getting to my attention. And luckily, roller-blading while singing ‘woahhh body-form for yooouuu’ was being replaced by the skateboards and baggy clothes of LA. In theory, NWA arguably introduced Californian Streetwear to the world in the late 80’s but it was still niche and politically aggressive. I’d say 1991’s Film Boyz in the Hood had a greater global impact and Snoop Dogg, Dr Dre and Eminem more mainstream gangster rap. Hip Hop culture was the driving force of baseball caps and low-slung jeans in the UK.